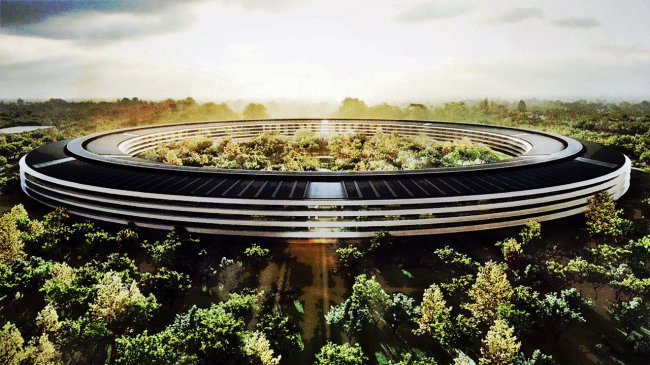 Under construction Apple campus in the form of a closed ring will be named after Steve jobs. At least the desire to give the structure a name expressed by Tim cook in an interview.

The desire seems to be logical and reasonable — that the late founder of the company came up with the idea to make a new head office in this form and in this place. Anyway: what I did for jobs, cannot be overstated.

However, the decision has not been made — it would have to take Steve’s family. If they are in favour, then the doors of the architectural structures will be a memorial plaque, and records the building will appear as a “name Apple campus Steve jobs”. Unlikely from this proposal, the relatives will disown…

Recall that the construction of the “spaceship” Apple is in full swing. Unique building should be fully constructed and equipped in the coming years.