In 2018, Apple has updated virtually all models of tablets – ranging from the usual iPad, which has got the support of Apple Pencil, and to fundamental changes in the design of the iPad Pro. Tell which iPad is better to buy for the New year. 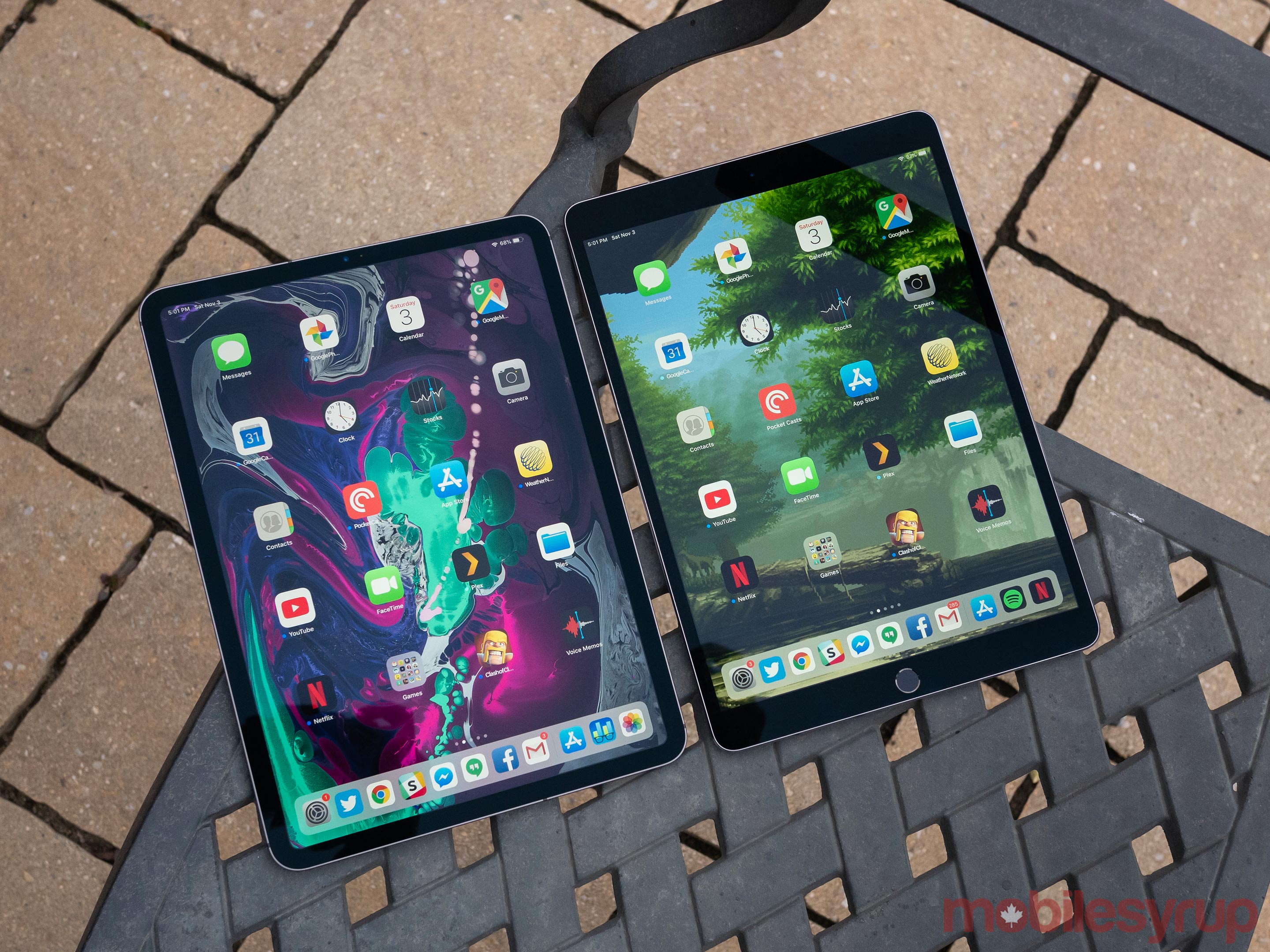 As you know, iPad are the market leaders in tablets and no other manufacturer’s equipment could not repeat the success of the Corporation from Cupertino in this field. Currently Apple sells 5 models of tablets – three varieties of iPad Pro, iPad mini and iPad 4. In turn, each of the models perfectly cope with the tasks for which they are approved.

Unlike smartphones, the iPad is the one gadget that does not lose its relevance for several years.

This article is exploratory in nature and is the personal opinion of the author.

I started using Apple since the release of the first iPad in 2010. A year later I decided to upgrade, as the second iteration of the iPad was much better in comparison with the first generation. iPad 2 has served me for more than two years, after which I decided to change it to iPad Mini. Unfortunately, over time I realized that the mini version is not so much reduced iPad, how much is increased and reduced in functions of the iPhone and after iPhone 6, I stopped to use it. In the middle of 2015 I bought iPad Air 2, which to this day is considered the perfect tablet, but because of obsolete hardware recently decided to choose one of the current models of 2018. 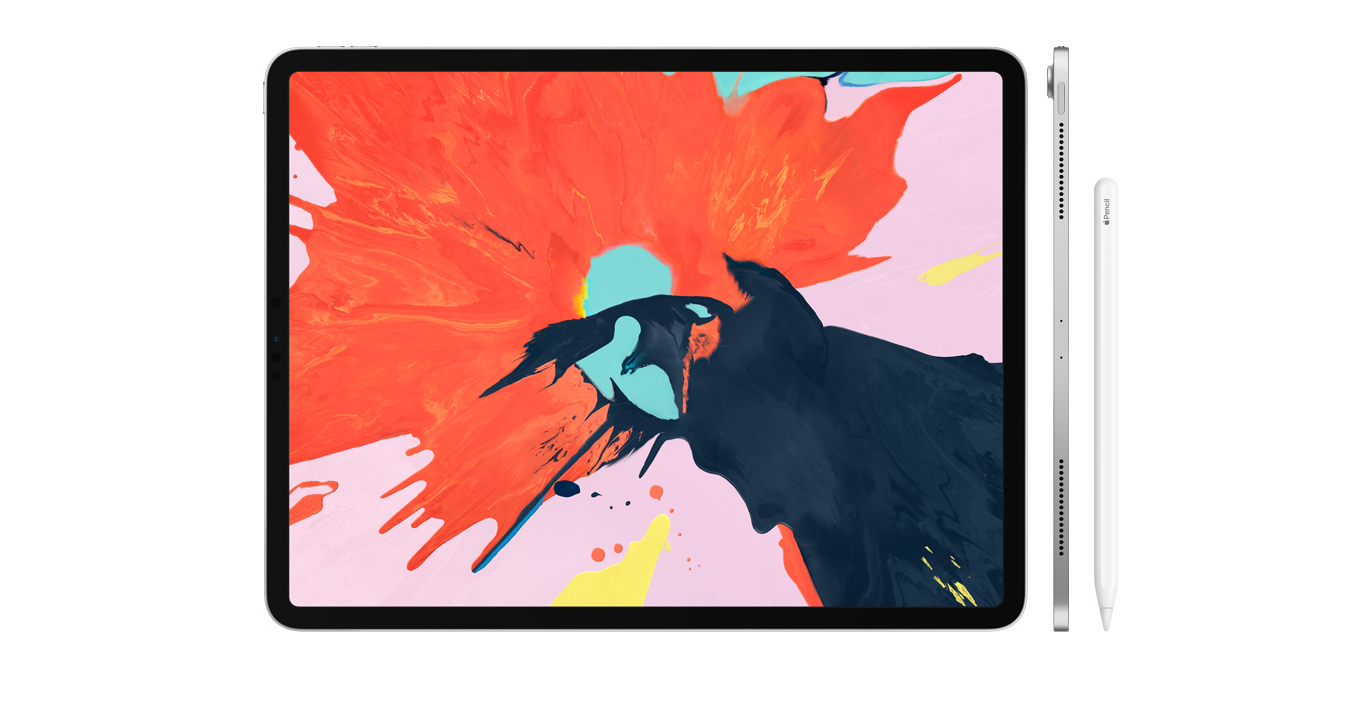 In the October presentation, Apple introduced an updated design professional tablets – they have become an almost-invisible bezel. At the same time, the company has not forgotten about the productive capacity. iPad Pro 2018 processors Apple A12X, and up to 1 TB of memory and 6 GB of RAM depending on configuration. In the third iteration professional tablets in place of the usual Lightning port came promising the USB connector. Earlier we told you about all the nuances of the new iPad Pro, despite which, they cannot be considered “must-have” gadgets.

After two weeks of operation experience 11 inch iPad Pro, I came to the conclusion that iOS is not a suitable operating system for professional tablets. System restrictions do not allow to reveal the full potential of such a powerful device. Price from 65 990 rubles is not justified, unless you are a professional designer or architect.

Conclusion: due to the high cost of devices and practical futility of productive capacity iPad Pro 2018, most likely, will disappoint you. It is well to consider such a purchase. 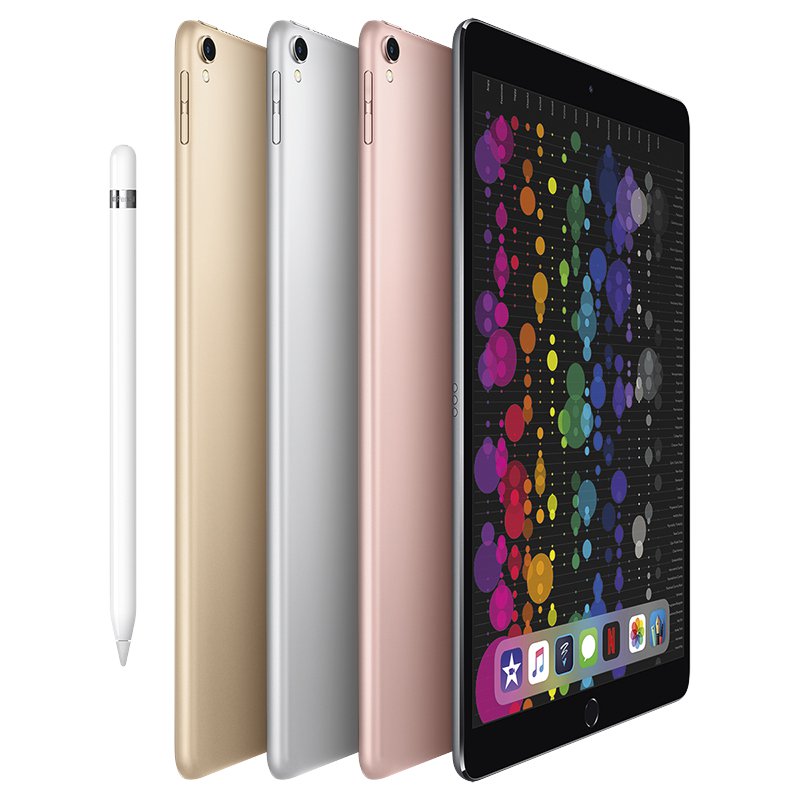 Professional tablet the previous generation, Apple decided to leave the sale. the iPad Pro is 10.5 really is a perfect tablet if only he will be able to cope with the decision of your daily tasks. The main advantage of the previous model professional tablets in contrast, the new iteration is the fact that they are less fragile. Unfortunately, Apple has lowered the price of the iPad Pro with 10.5 after the release of new models, and the price difference is not so essential to give preference to last year’s version.

Conclusion: it is necessary to consider the model with reserve for three years, at least, and on the other hand – are you ready to abandon the perspective of the USB type-C, a more narrow frame display, Face ID and CPU A12X for the sake of saving 12 000. 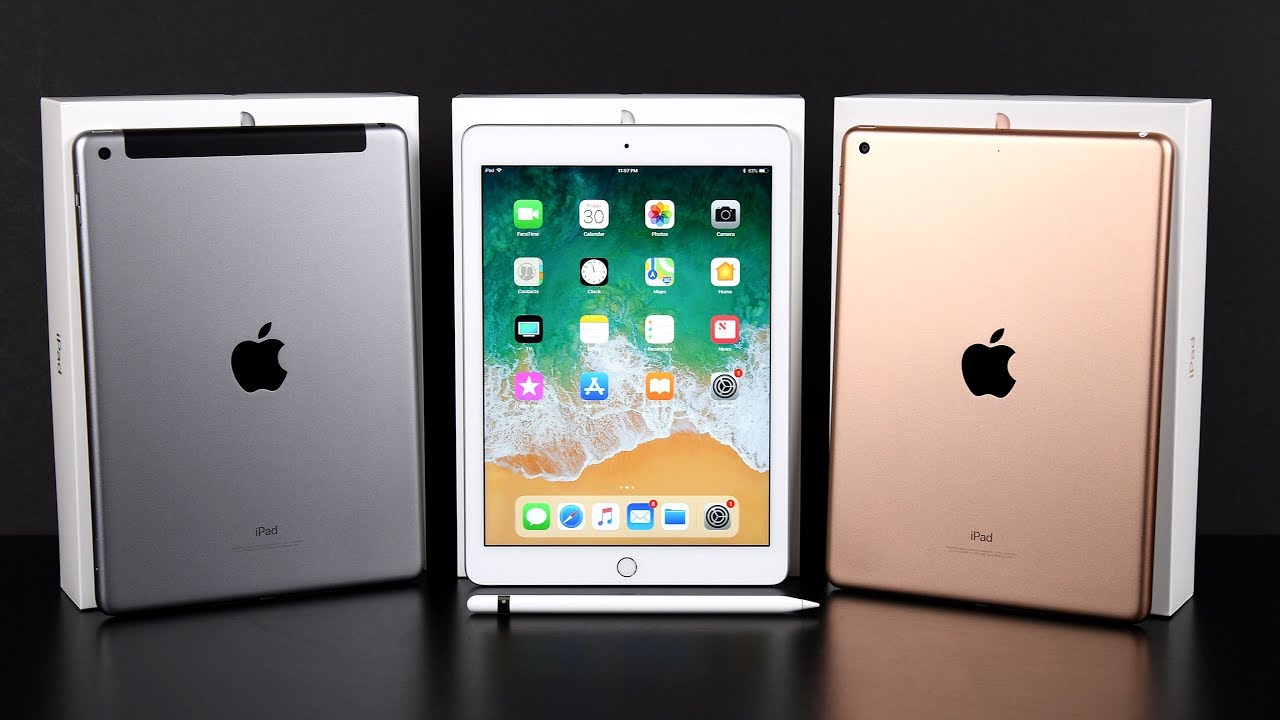 The perfect tablet to date. At a cost of 24 990 rubles, you will receive the tablet, which is able to handle any everyday task. At the same time, Apple added support for Apple Pencil in the “budget” model, which makes buying Pro-versions of the users who just want to try to draw, completely meaningless.

Conclusion: iPad 2018 is the absolute leader in the ratio the price – functionality. This model is definitely worth consideration if you want to buy a iPad. 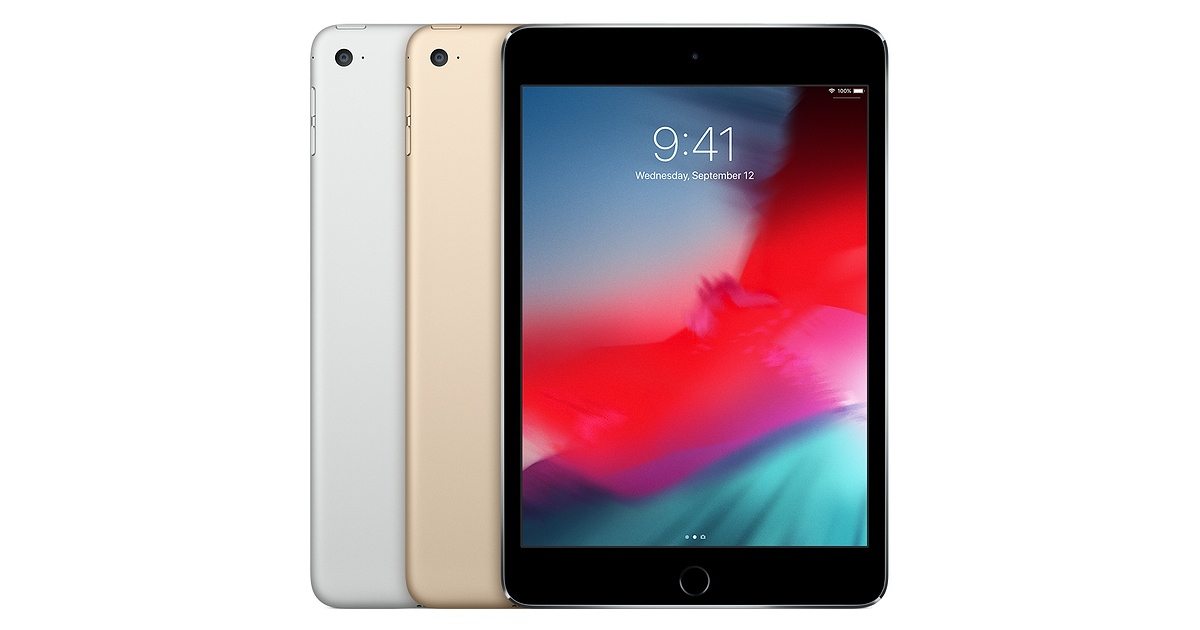 The model is equipped with a 7.9-inch display, which is a meaningless acquisition in the presence of the 6.5-inch iPhone XS Max. Technically the iPad 4 is also out of date and probably some apps will occasionally crash or slow down. In addition, a well-known analyst Ming-Chi Kuo predicts the release of a new generation of mini-tablet in the next year.

Conclusion: at the price from 28 990 rubles, definitely not worth buying, unless you are a collector of Apple technology. 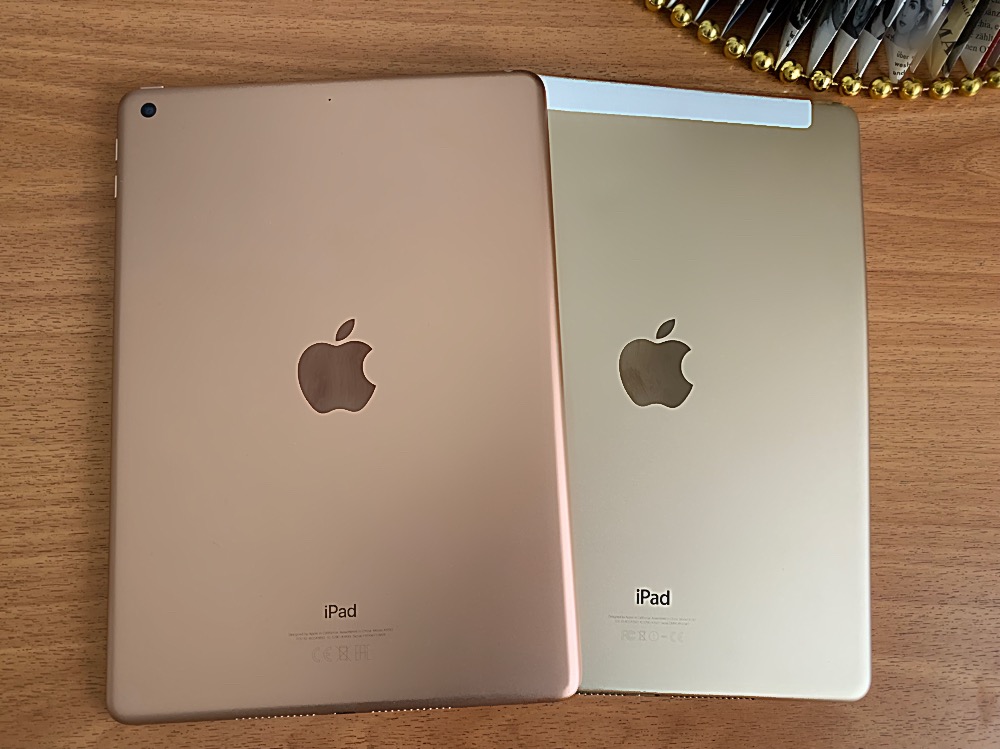 After two weeks of use 11-inch iPad Pro, I have changed it on the iPad, 2018, as a have a MacBook, and more of the routine tasks copes iPhone.

Of course, any model of the iPad will be the best gift for the New year. Especially given the fact that now the tablet can be purchased in MDLavka with a good discount.