Traditionally, in September, Apple introduces a new generation of iPhone. Traditionally, each model becomes a real hit. So it was with each new generation of “Apple” smartphones. Any manufacturer of Android camp managed to surpass Apple in terms of sales of the same version. Came the closest Samsung is a company that offers an original approach to the design of devices that seasoning is an impressive marketing budget. If the South Korean manufacturer one day to surpass iPhone? Life observers believe that this could happen in the next year. 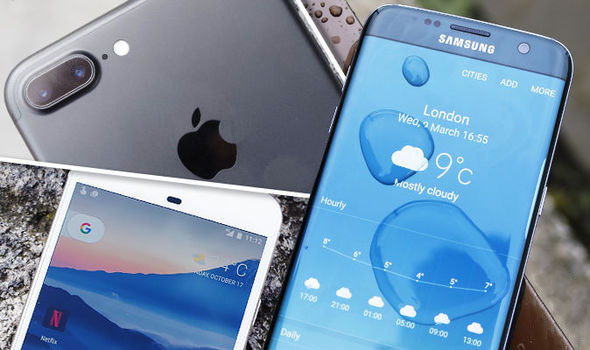 Apple now can be treated about the same as the football team of Spain in 2012: Yes, it’s consistently iPhone are hits, but how much is already possible? Isn’t it time to move? Where the real opponents, not some lousy nedokonceny?

Seriously, the iPhone in the top for more than 10 years. About six or seven years he has no normal viable opponents.

Let’s put aside dreams and impartial view on the market. Raspiarennaya Xiaomi over patents never will deliver smartphones to the States immediately crossed off the list of contenders for the crown. Huawei desperately pursues trends that are set to Apple — too wide. LG makes good smartphones, but Koreans have no adequate budget for promotion. At Sony, recently struggling in a fit and mobile change the policy every six months: that mold leaders, and then abandon them, then again to give birth. A dead room.

HTC? Perpetual, chronic, exhausting crisis. Lenovo-Moto? Painful restructuring of the brand. Nokia? It is too early to speak about full-fledged comeback, although this company is potentially dangerous. Microsoft? Generally tied to phones and who knows when you will return. 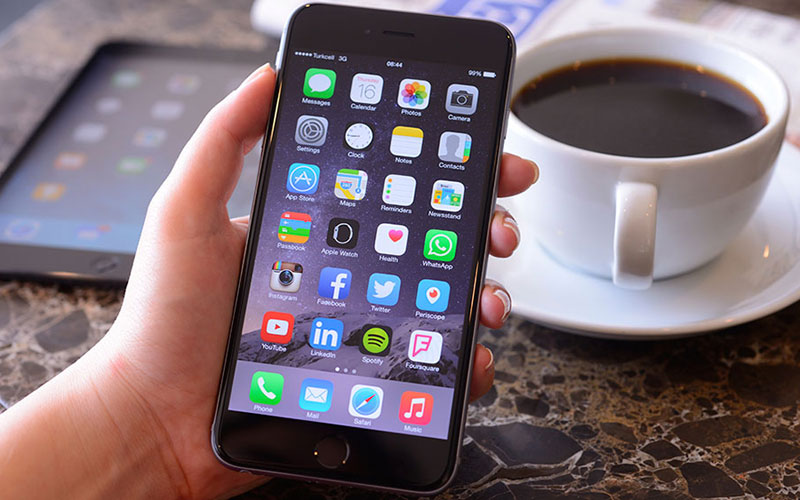 It turns out that moving the Apple from the throne there is no one objectively. Nobody other than Samsung — the company before all aiming to pull the plug on the dudes from Cupertino. So there is no choice in this war need to either empathize with Koreans, or remain a fan of the arrogant company that believes normal for three consecutive years to produce smartphones with the same design.

Pursuit of Samsung over Apple resembles a protracted detective series: main character hunts the vile maniac, and that from season to season slipping away from justice, the rapidly increasing list of victims.

Here is the same story. Since the advent of the iPhone in Samsung trying to do something legendary, but all the past. Sometimes lesions get extremely painful: plastic Galaxy S without options lost iPhone 4, ugly Galaxy S5 looked like a toy on the background of iPhone 5s, and promising the Galaxy Note 7 totally burned all the plans of the Koreans in the second half of 2016. Local successes (like the first Note) too, but this is not enough. No one in the history of the Galaxy had the same hype as some of the iPhone 6s. 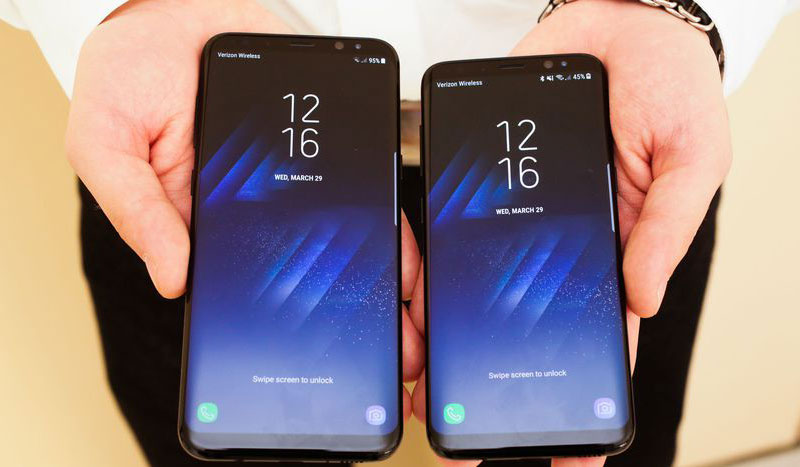 Samsung Galaxy S8 is definitely beautiful, but absolutely useless in the context of the battle with Apple. The fact that the Korean flagship came out in frankly a bad time. The second half of spring fans the iPhone or freaked out and bought “seven”, or hiding in anticipation of the “eight”, which should debut in September. In short, these people are not up to Samsung.

It is time to understand that the release date is almost the same defining characteristic of a smartphone, as the screen size or hull material.

Apple has booked the perfect day: the presentation of the iPhone in mid-September, shipping in key markets — long before the start of the Christmas holidays. This approach allows us to solve two problems: to meet a hell of a demand of the first buyers and be saved from the deficit during the Christmas season.

Other brands are forced to adapt. For example, CES (early January) — exhibition for losers, proselkova Christmas. MWC (February) — an event for those who are so insecure that it is afraid of an independent event. IFA (early September) — gathering suicide, because to introduce their new sluggish a couple of weeks before Apple is a natural suicide. 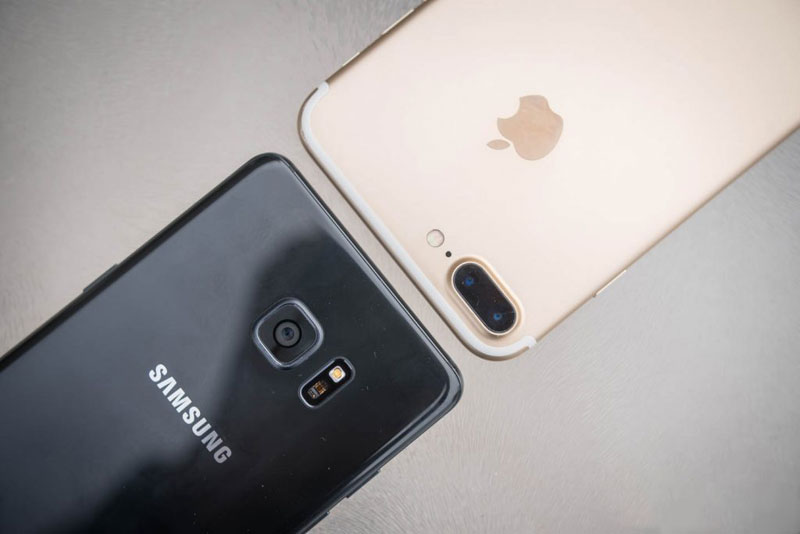 According to the latest insiders, Samsung is understood: it is necessary to force the release of their own flagship. Typically the most popular models of the Galaxy S series arrive on the market in the spring, but now things will be different: S9 debuts at the beginning of 2018. In the short term it is a failure — the holidays will be dictated jubilee Apple with its iPhone. But a year later we are waiting for the real war: the Koreans will try to climb up with its main release in the fall, to ruin the life of enemies from Cupertino.

Even now disposition is troubling for Apple. The company was plunged into a crisis of ideas: the bulk of the profit depends on the iPhone, so sudden movements are excluded. On the other hand, you need to change — always feed buyers iPhone 6 design will not work. In addition, from all sides bombarding Samsung: Galaxy S8 is cheaper, last year’s Galaxy Note 7 reborn and will be sold with a huge discount, the new phablet Galaxy Note 8, but Galaxy S9 — all hook to the jaw. In theory, the tenth Galaxy can be a knockout blow — like in Mortal Combat where you have to hit hard, while the opponent will not lay down in exhaustion.

The primary trouble for Tim cook may be that Samsung is a very independent producer. Koreans themselves are doing OLED screens (in the wild) and themselves produce processors — they are less likely than Apple, you need to contact suppliers.

Hence, the Samsung is objectively little chance to face a shortage. But in Cupertino have been familiar with. Could easily be a situation where on the Apple website says “wait six weeks”, and Samsung will offer to deliver your flagship tomorrow. And cook will have nothing to say to that. 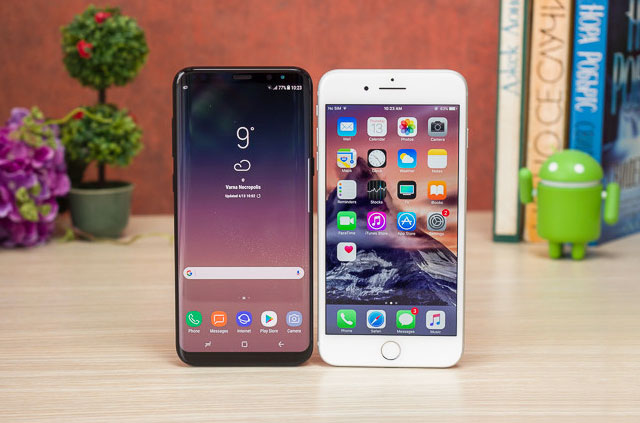 The Samsung can be treated in different ways, but to deny its progress is simply weird. Previously, there was really encircles the iPhone and molded plastic monsters, but eventually learned that this approach won’t work. The last three Galaxy (S6 to S8) is pleasant and absolutely not embarrassing gadgets. Grow and other line — middle peasants and state employees from Samsung did not look like mockery on the background of cheap devices from China.

In General, Koreans are trying hard to change the paradigm, and they are albeit slowly, but it turns out. Even if the global transaction fails, the minimum task Samsung will still perform: looking at Korean attempts, Apple will be forced to change and take risks. And this is much better than the stalemate that we see now.